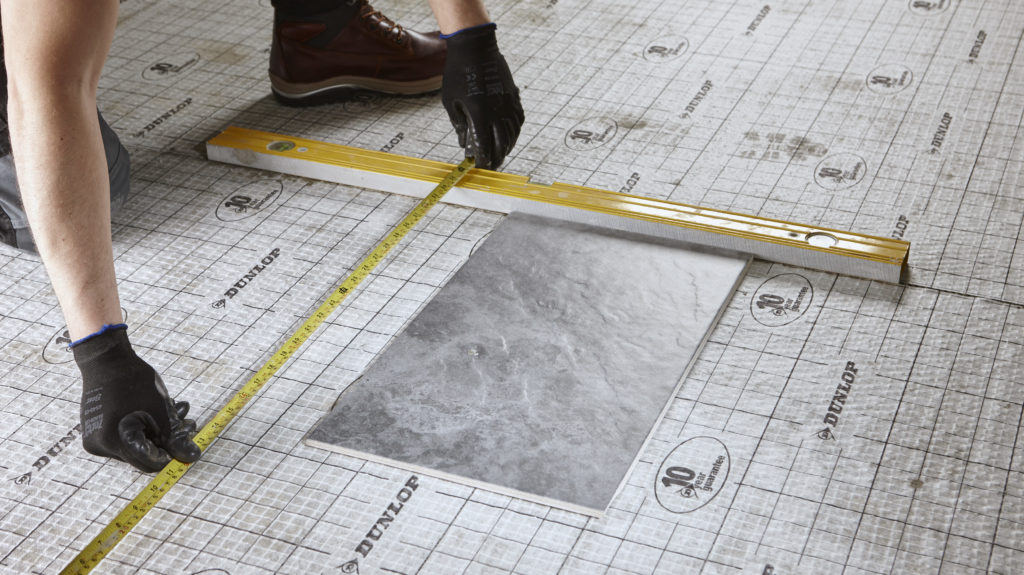 Uncoupling matting, or anti-fracture membranes as they are sometimes known, are being seen more and more in builders merchants across the country – but what are they used for, and why are they so popular?

Uncoupling systems, such as Dunlop ProCover, are designed to provide a buffer layer when tiling onto floors, protecting against a variety of problems that can cause tiles to crack or de-bond.

One such problem is the shrinkage or expansion of the substrate. Newly-laid screeds or concrete contain large amounts of moisture, and when this evaporates it can cause the screed to shrink. All substrates will expand and contract naturally due to humidity and or temperature fluctuation – this is especially true of underfloor heating.

What’s more, certain water-sensitive substrates, such as plaster, anhydrite or plasterboard will lose its cohesive strength if it gets wet. Wooden floors will also be badly affected by water penetration, expanding or warping causing large stresses to form between the background or tile.

Any movement, whether shrinkage or expansion, can cause stress cracks that can transfer through to the tiled surface causing the tile to either fracture or de-bond from the background.

Uncoupling systems like ProCover help prevent these stresses transferring through to the tiled layer, but providing absorbing the stresses and air pockets under the membrane, allowing any residual moisture to gradually escape.

They also provide a cheaper alternative to plywood overlay when tiling onto tongue and groove floorboards.

The majority of uncoupling systems are easy to use – take ProCover for example. ProCover comes in handy five metre rolls – perfect for small bathroom or kitchen installations – and has pre-marked grid-lines for easy cutting. ProCover can also be butt-jointed with no overlap, meaning no tape is needed, and at only 1mm thick it prevents excessive height build-up.

So the question is – are you stocking an uncoupling system?