The Perils of PVA

Our team on the road put their heads together to answer your burning questions and provide helpful solutions to common challenges.

I've been told that it's ok to prime with PVA before tiling, but i've heard it can cause failures. Any advice? 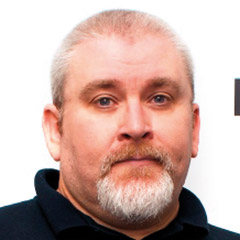 Before tiling with a cement-based tile adhesive, a number of backgrounds require priming for a number of reasons. These include reducing absorbency which could cause rapid loss of moisture from within the tile adhesive resulting in poor hydration of the cement, reducing the risk of chemical reaction between the substrate and the tile adhesive i.e. with cement-based adhesive for calcium sulfate backgrounds.  Selecting the correct primer can aid adhesion strength when tiling onto difficult substrates.

As well as tile adhesives, priming also helps prepare surfaces i.e. reducing the risk of pin-holing occurring in waterproof membranes for example, or prior to the use of  a smoothing and levelling compound.

It is equally important therefore that careful consideration is given to the correct choice of primer, in the same way as when selecting a suitable tile adhesive or grout.  Many manufacturers recommend the use of a specially formulated acrylic or synthetic rubber latex primers – such as Dunlop Tilers Primer or Dunlop SBR Universal Bonding Agent – but many people pay little attention to these recommendations and will often choose a PVA-based primer.

While there are numerous general purpose PVA primers on the market, it is important to understand that they are not generally recommended for use with tile adhesives by the adhesive manufacturers.

When applied, a PVA primer, for example, may only partially soak into the substrate and sit on top of the surface. This creates a dried film on the surface. We all remember as children being covered head to toe in PVA glue and spending the rest of the afternoon peeling of the thin layer of film and washing the rest off in the bath. Well PVA primer has the same effect, which means when it comes into contact with a wet, cement-based tile adhesive it will slightly re-soften on the surface. Where the primer sits on top of the surface, this also prevents the tile adhesive from penetrating into the substrate. This reduces the contact area and hence the overall bond strength between the adhesive and background.

There is also an increased risk of failure  of the tiling installation, when using PVA primers  in areas where water penetration may occur, for example floors and internal wall tiling in areas subjected to damp or wet conditions.

So while a PVA primer might initially be the cheaper option in the short term – the potential risk of failure could bring about the need for additional remedial measures and therefore additional costs.

Need help with your tiling or decorating project, looking for product information, or simply want to find your nearest stockist? Then follow us on Twitter @DunlopProDecor or @DunlopAdhesives and use #AskDunlop and one of our advisors will get back to you as soon as they can. If you’re not on Twitter why not contact our Technical Advisory Service using our Live Chat facility, or simply: Call: 01782 591120

Not sure which products you need or how much?

Our Job Build tool will recommend products suitable for your project, and help you calculate how much adhesive or grout you need. 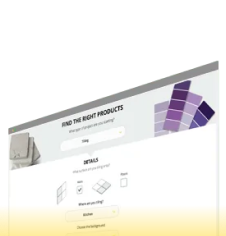 Not sure which products you need or how much?

Our Job Build tool will recommend products suitable for your project, and help you calculate how much adhesive or grout you need.